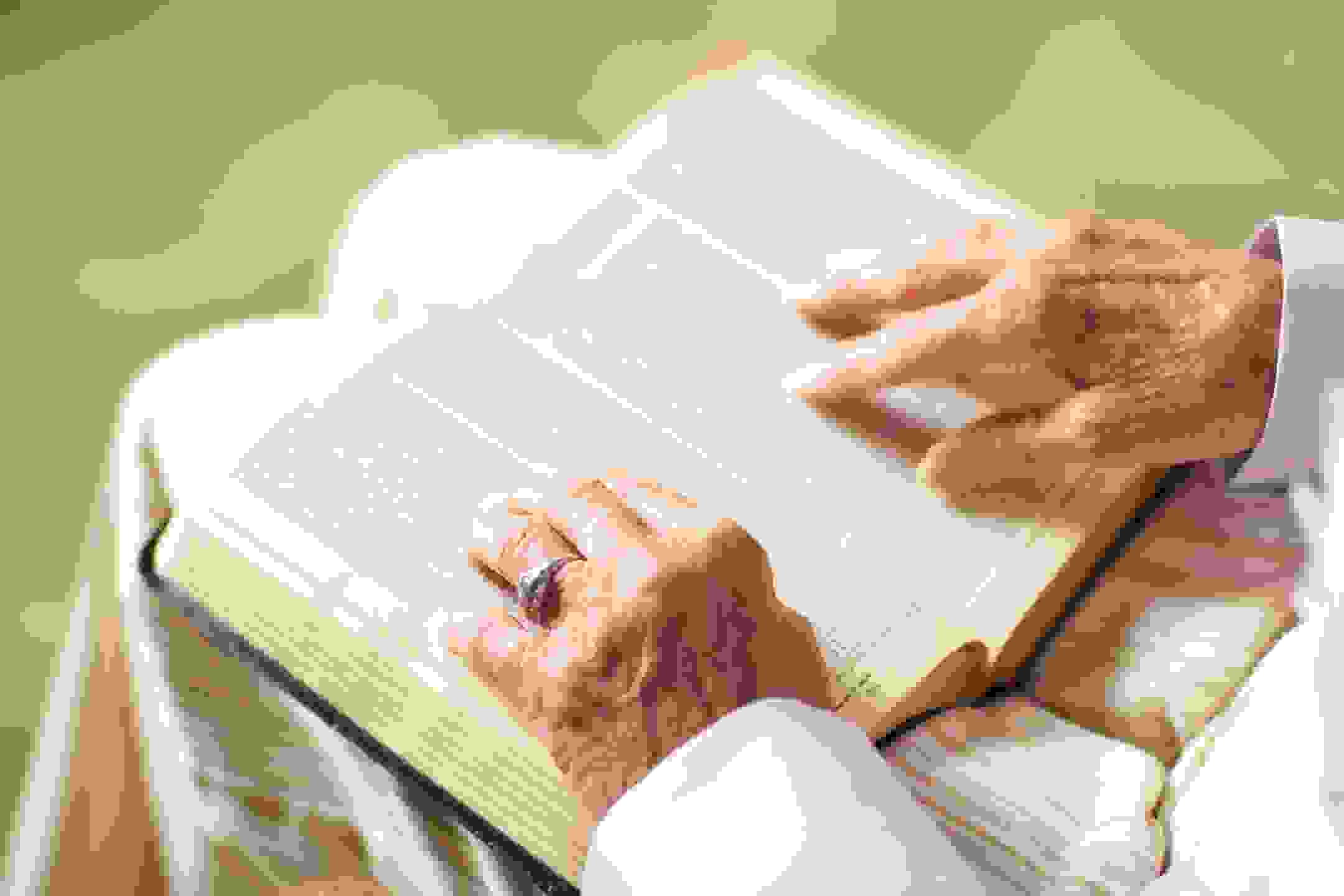 1. All men have equal rights.

2. There is no way for any person to claim any greater rights than his fellows have.

3. There is no way for any person to claim others have less rights than they themselves have.

4. All processes, systems and procedures that resolves into systemic inequality are illegitimate.

5. It is proposed the sources of all systems of inequality stem from Babylon 6000 years ago.

6. It is further proposed that there are five separate but connected errors formed in this time.

8. These errors are the source of all economic inequality and economic injustice.

9. These five errors were formed to enable the creation of social costs.

10. Social costs enable the formation and financial support of the state.

11. All social costs constitute non-market transfers of wealth from the lower to the higher echelons.

12. All social costs are illegitimate transfers of wealth.

13. Social costs are expenses created by the state or agents of the state and imposed on society and future generations.

14. No person or agent has the right to impose costs onto others that were not created by the person.

15. No person has the authority to transfer costs onto society and future generations to avoid paying expenses he or she created.

16. All such transfers are illegitimate.

17. All such transfers increase costs and lower over all economic efficiency.

19. Social costs include the following:

20. Unemployment is the key indicator of social injustice.

21. No rational economics can tolerate unemployment.

22. No economy can be effective when based on the necessity of unemployment existing.

23. Unemployment must of necessity lower the over-all efficiency of an economy.

24. Unemployment exists only to enable the exploitation of the products of labor.

25. All that is created belongs to the creator.

26. Nothing that is not created belongs to the state or any agent of the state or to any other person who has not provided goods or services of equal value to the satisfaction of the creator.

27. We are all entitled to an equal share of the assets of the world for personal use.

29. Personal ownership is not the same as private ownership. The two forms are distinct. One applies to personal use the other to commercial use.

30. Private ownership is a fictitious form of ownership fabricated by the state to enable it to illegitimate transfer resources from the productive to the parasitic sector.

31. The state has no claim to the natural world.

32. No one can claim that which he or she did not create.

33. Only creators have claim to what they create or have purchased as part of a rational exchange.

34. The natural world is not created by man.

35. No man has a claim on the natural world other than what is needed for personal use.

36. A stone chipped into an arrowhead for personal use is a legitimate claim.

37. A stone chipped into an arrowhead for trade is not a legitimate use but can be tolerated because of the scale.

39. The state has no authority to assign rights it does not itself possess.

40. No one can assign rights other than the rights it legitimately possesses.

43. Private ownership is a fictitious claim because it consists of some form of usurpation of general rights in favor of the state of an agent of the state.

44. There are three accepted forms of ownership, personal, private and public.

45. Personal ownership is legitimate, the other two forms are not.

47. The public and private sector are odds with each other only as jackals squabble about the sharing of the spoils.

a. So far as exploiting producers private and public owners present a common front.

48. An ethical system would see no benefit to unemployment.

49. Unemployment holds the key to all other social costs.

50. Immigration is a ploy to weaken labor.

51. Free trade and free markets are ploys to weaken labor.

52. The larger the market and the wider its expanse the less leverage a worker has over his or her working conditions.

53. Justice has one question it asks, “How to assign costs to its source and benefits to the producer in the proper allocation?” If justice could answer this single question there would be no injustice in the world.

54. Social costs because of their nature create injustice.

55. Injustice creates a transfer of wealth from the producer to an undeserving agent.

56. All creators of value ought to be paid for the value produced.

a. There are no limitations on this.

b. Housewife’s, students, volunteers and anyone who produces value has earned value and ought to be paid in an amount equal to the value produced.

57. Money is used to measure and track the transfers of value.

58. Money is a way to measure value as a ruler measures length and a scale measures weight.

60. Gold and other assets are not suitable for use as currencies.

61. Bullion is an asset. A system of measure cannot be used to measure itself.

62. The unit of exchange can have no intrinsic value or it becomes nothing more than a marketable product and something to be bartered. Its use as a currency just adds additional value to its product value while damaging its value as a currency.

63. Markets are where employed people exchange goods and services.

64. Markets ought to exclude thieves, parasites, and all non-productive elements.

65. A market can have as little as two or three persons.

67. Where there is some degree of specialization market activity is possible.

69. If one is not employed one does not generate value and by definition has no moral right to participate in a market.

70. A market that excludes anyone reduces its level of and potential for specialization.

71. Markets ought to actively seek inclusion from all persons based on proximity.

72. Markets generate value and so need to measure this value.

73. Markets need to create their own currency based on the value of their economic activity.

74. In fact, it is only a producer’s market that has the legitimate authority to create currency.

76. A market is composed of consumers and producers and their assets.

77. A market is geographically limited

78. Markets are aligned with producers and consumers.

79. Consumers and producers occupy a given time and space. This is coextensive with their political jurisdiction.

80. Political jurisdictions and markets are generally coextensive existing roughly aligned one with the other.

81. The producers and consumers own their market and the people own their political jurisdictions.

83. A political jurisdiction is that part of the natural world a given population assumes responsibility for.

84. That area in which the people have assumed responsibility is no longer under the jurisdiction of the state.

85. The state only has authority over that which it produces or that which has been abdicated.

86. The assets of a political jurisdiction are the resources by which the people maintain themselves.

87. These resources are owned by default as per personal ownership, as value is created the creator owns the value. This additional value adds value to the political jurisdiction.

88. Any value added to a political jurisdiction or market is a source of equity.

89. Equity can be represented by an issue of preferred shares.

90. Preferred shares can be issued in multiples of itself and used as a local currency.

91. Political jurisdictions have the authority to issue currency based on the value generated from the resources within their jurisdiction.

93. A market can be capitalized by individuals donating goods and services to an Exchange, or business unit.

94. The Exchange issues preferred shares for all value donated.

95. These prares are used as currency to purchase goods and services in the market.

96. Each Exchange is based on a specialized function. One Exchange may be fashioned to provide firewood, another as a taxi service, another as a plumbing Exchange and so on.

97. Any good or service that is produced by the free market may be produced by an Exchange.

99. There are no limits to the variable uses to which an Exchange can be put.

100. Exchanges are organized on the macro level to organize activities common to them all.

102. The levels pertain to ever higher geographical groupings. (link)

103. The twelve different sectors pertain to the different operational activities of an economy. (link)

In 1517 Martin Luther nailed his 95 Theses on the door of Wittenberg Cathedral. The resultant reformation changed the world... but not enough. For 500 years mankind has suffered under secular authorities that have never had any greater legitimacy than had the pope. The Anarchist Reformation is about to begin. Another set of theses has been uploaded. The secular authorities are being challenged. Let’s see if the can proof their legitimacy. The Anarchist Reformation finishes what was started 500 years ago. The last vestiges of illicit power will be swept away. Follow us and watch how it happens.